In Argentina, 6 million hectares of alfalfa are cultivated, placing this country as the second world producer, after the US In Chile and Uruguay, the cultivated areas are 250,000 and 100,000 ha respectively, which represents approximately 30% of the potential arable area of ??these countries. The improper handling of alfalfa can cause a rapid and constant loss of the nitrogen fertility of the soil, if there is no partial nitrogen recycling system coupled with an efficient system of biological nitrogen fixation by association with specific rhizobia. Therefore, the property of alfalfa to maintain soil fertility largely depends on its ability to incorporate nitrogen from the atmosphere.

The objectives of the project were: 1) To quantify the relative efficiency in nitrogen fixation of nodular systems formed by introduced strains and by native or naturalized strains, with different degrees of nodular occupation. 2) Study the biodiversity in populations of native or naturalized rhizobia and select the best strains in different regions of the countries that make up the Project. 3) Characterize and select PGPR and NPR bacteria that, alone or co-inoculated with rhizobia, improve the productivity of alfalfa. 4) Generate normative criteria for the use of rhizospheric microorganisms that participate in the sustainability of the alfalfa crop.

For the evaluation of the relative efficiency of the strains introduced into inoculants, two tests called "Core Assays" (EN) were implemented in each of the participating countries according to the previously established protocol. The EN involved plots of inoculated and non-inoculated alfalfa and plots of a non-fixative reference culture for the determination of BNF by the 15N technique. Complementary to the EN, a collection of native rhizobia strains was made through regional samplings to determine biodiversity. The analysis of the PGPR / NPR capacity was carried out through morphological characterization, biochemical response and co-inoculation tests on alfalfa plants. The exchange of experiences between the participating professionals was carried out permanently through coordination and annual monitoring meetings in which all the researchers responsible for each action participated.

Compared with other species, alfalfa forage has a higher protein content and, consequently, high nitrogen requirements.

It was concluded that the differences in forage production between the inoculated and non-inoculated crop are evidenced only when: 1) the pre-existing population of rhizobia in the soil is low, 2) there is low availability of organic matter in the soil or 3) no there is another limiting factor. Regarding the goal of collection of strains, it was observed that of 100 isolates from Argentina, 74 from Chile and 23 from Uruguay, and after the infectivity and efficiency tests, 8 of those from Argentina were more efficient than the control strain. ; 10 of those from Chile also outperformed their respective control, while two were shown to be inefficient or parasitic. Regarding the PGPR strains, it was observed that in Uruguay and Chile the solubilizers of P prevail, while the predominant ones in Argentina are those of biocontroller action. 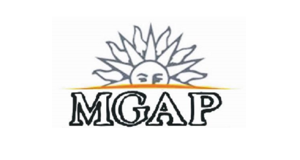 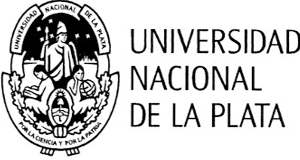 Pest management in native potatoes of the Andes

Diffusion of bio-inputs in the Andes

Competitiveness and productivity: master keys to development and innovation in the Andean fruitculture

Regional platform for the control of bovine leukosis